Tinniswood is named after the late Peter Tinniswood, the comedy playwright and author. The town name comes from his “Tales from a Long Room”, which has been several times repeated on BBC television. The “Goons”, “Round the Horne” and other comedy influences are recalled in loco names, the adverts on the trams and the programme showing at the cinema.

The original plan was for a narrow gauge railway running from Lynwood Underhill to Beggar”s Roost with a branch to Biffen”s Bridge diverging at Witney. However, having seen “Castle Rackrent” in its original form I realised that standard gauge was possible, even in a restricted space, and the line from Warton Tower came to terminate at Witney.

The present of a tram caused the village to become a town. The trams (Dolter/Loran type stud contact electrification – no overhead necessary) are controlled by automatic modules from Kent Panel Controls. They can be left to run unattended.

There is an eclectic mix of locos and rolling stock and although there are scale models on the both railways, most of the models are freelance scratch built or kit bashed and based on ‘something like I’ve seen somewhere’ or ‘ if there wasn’t one there should have been’ particularly true of the trams. Nationalities are ignored wherever it suits – but there is a cover story should anyone be interested.

Buildings are either scratch built from wood and card, adapted card and other kits. Some have been rescaled when 7mm scale versions were not available. The shallow relief midscene buildings have been modified in scale to provide a perspective transition into the back scene. The standard gauge line leaves Witney in a cutting with a ‘trompe l’oeil’ effect background to give greater illusion of depth and perspective. 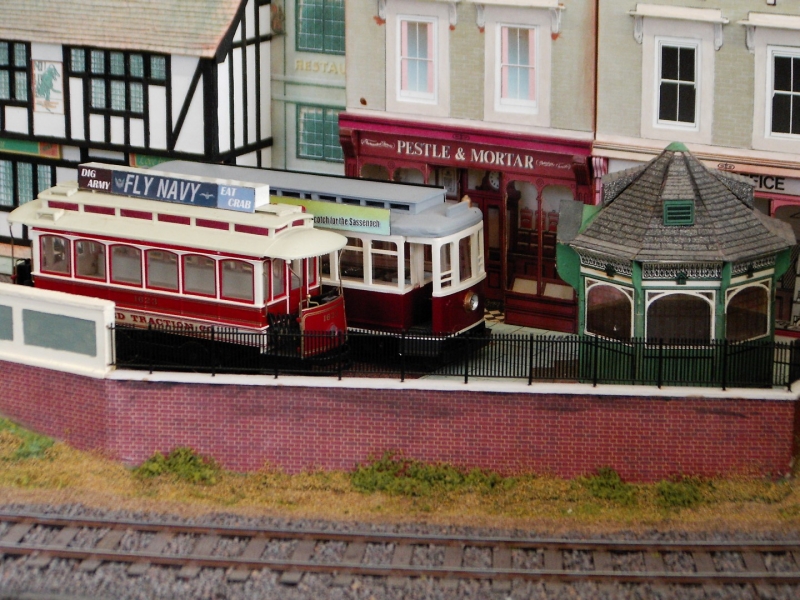 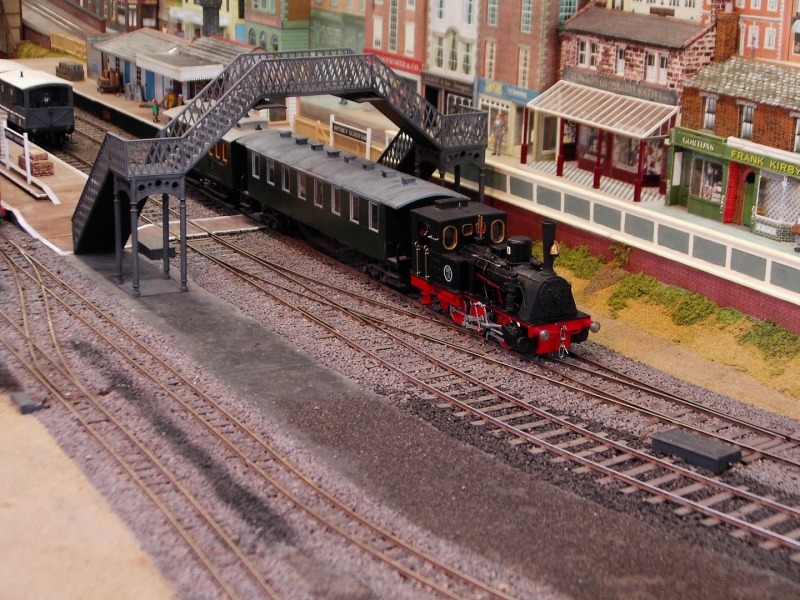 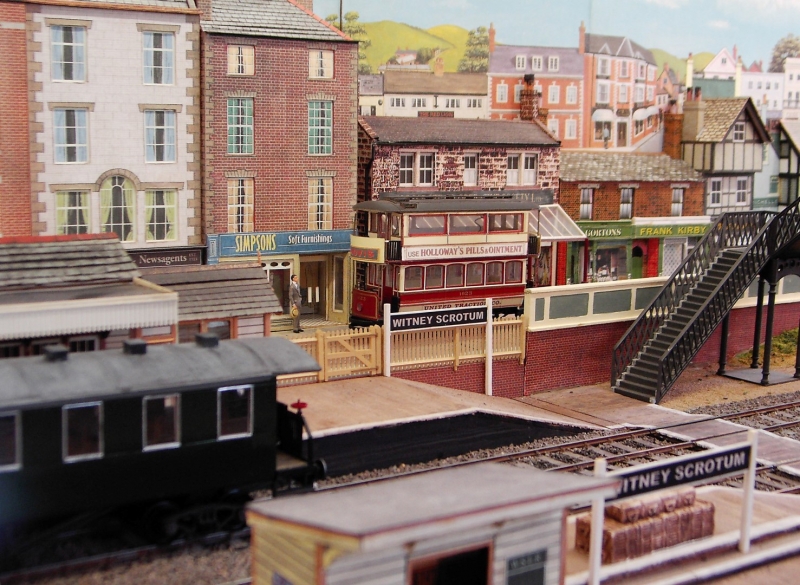 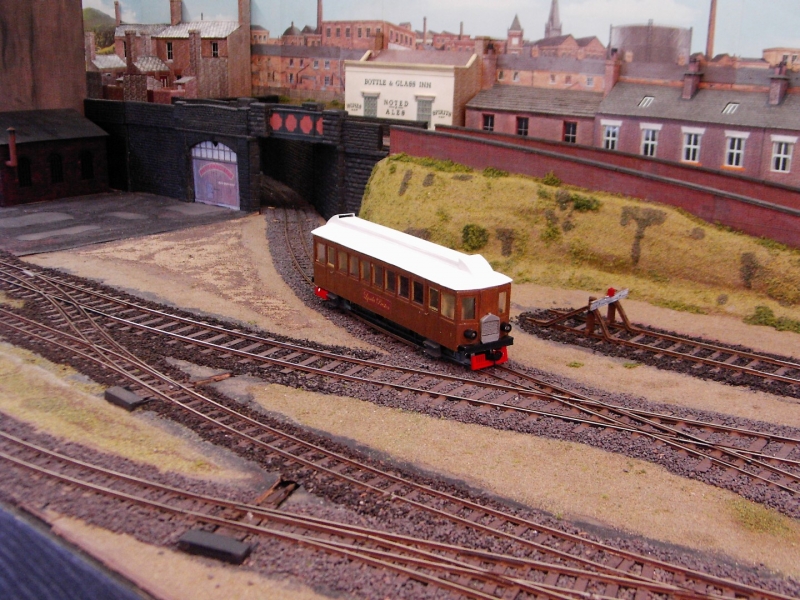 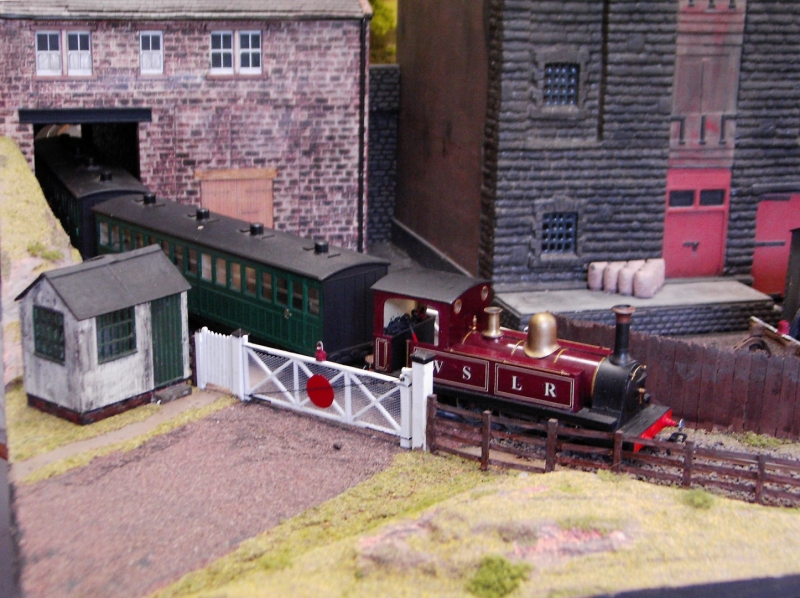 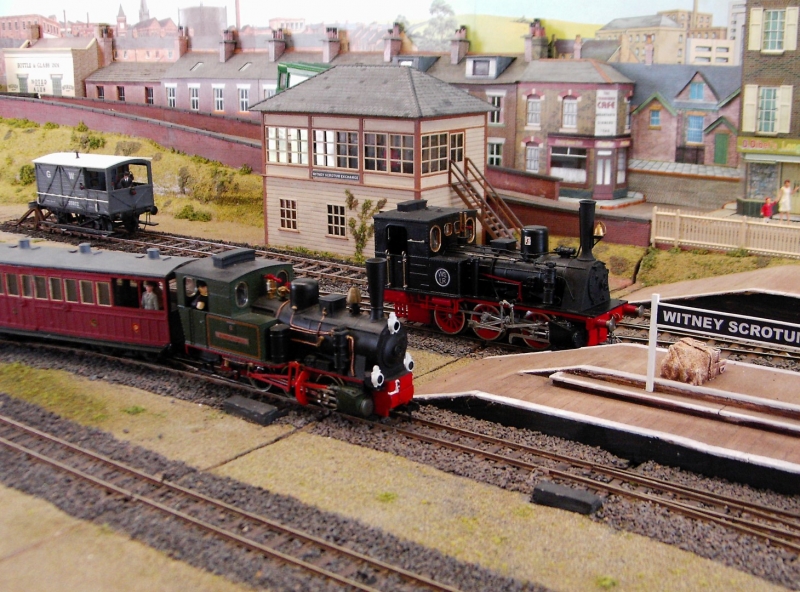 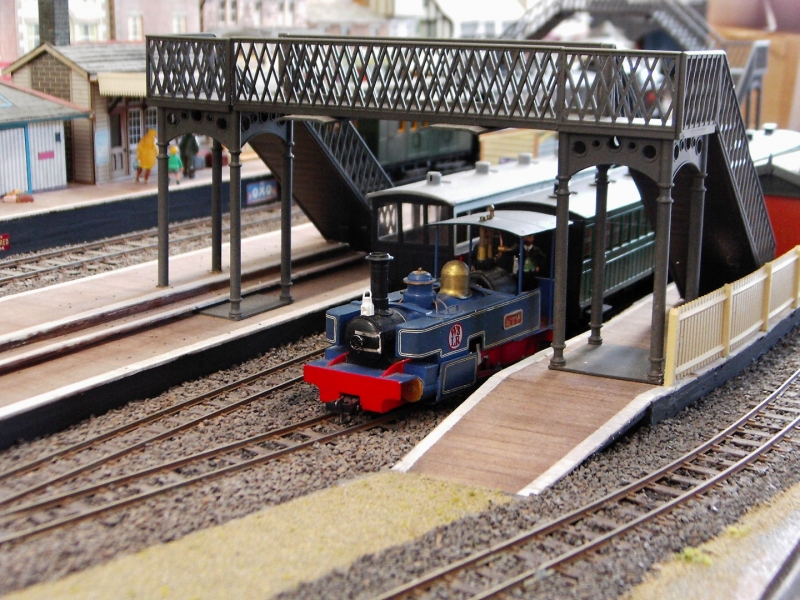 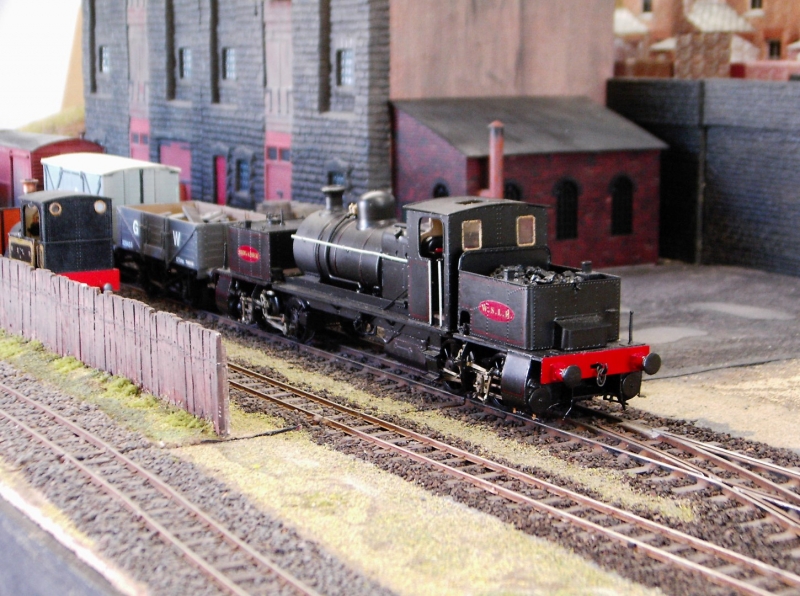 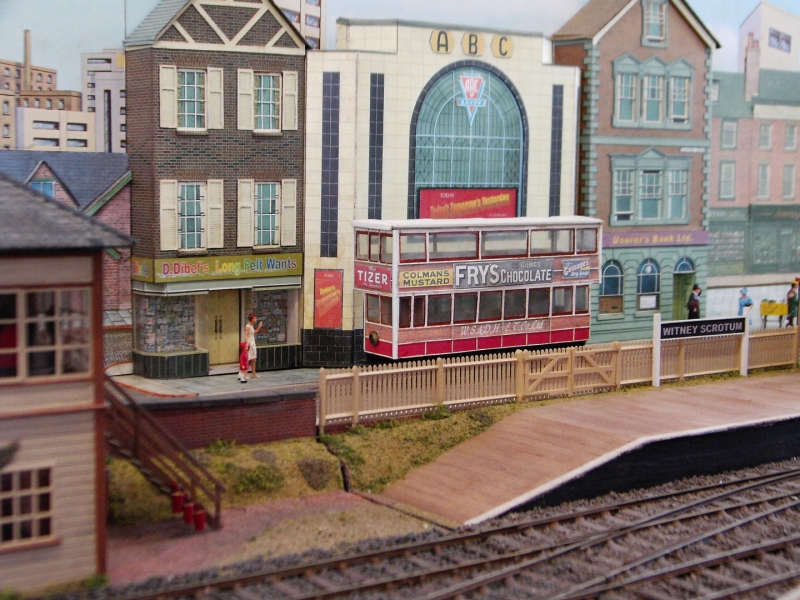 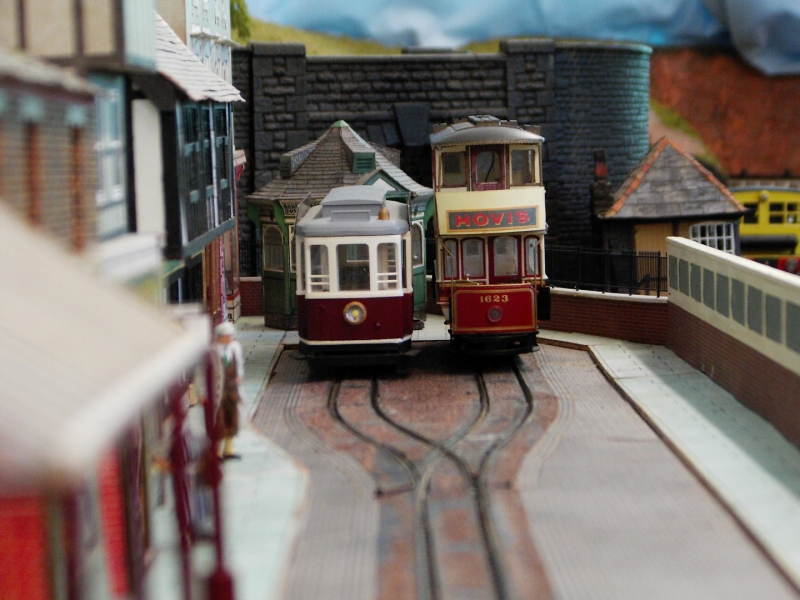 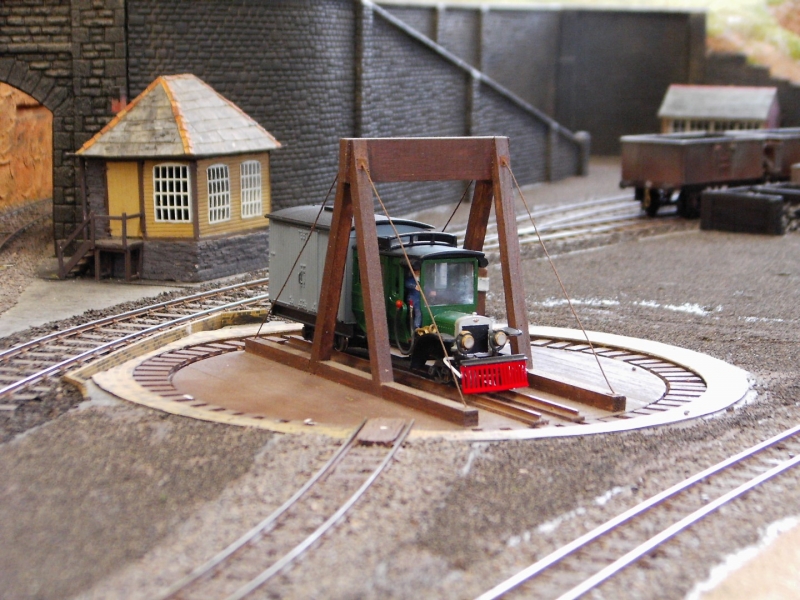 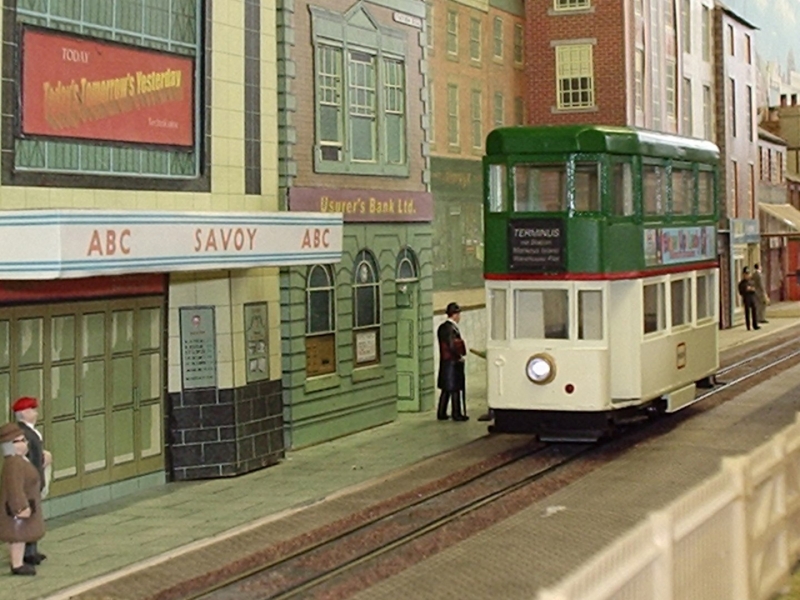 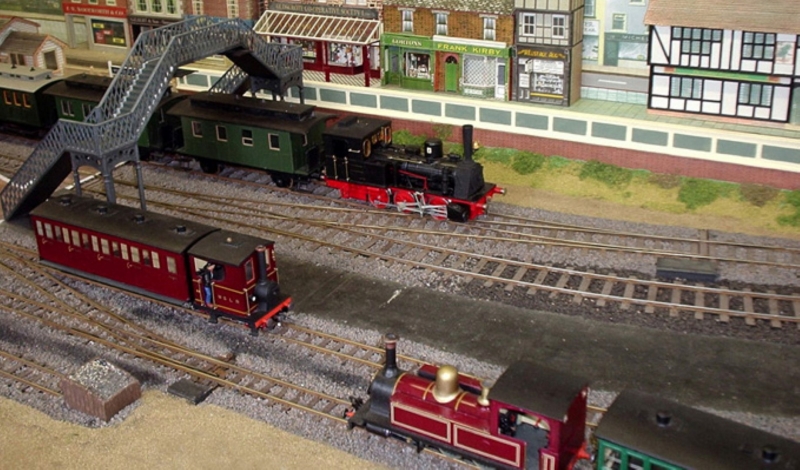 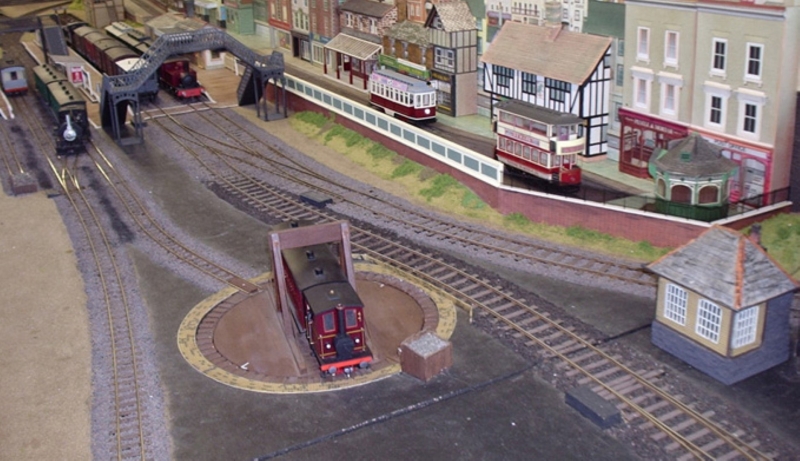 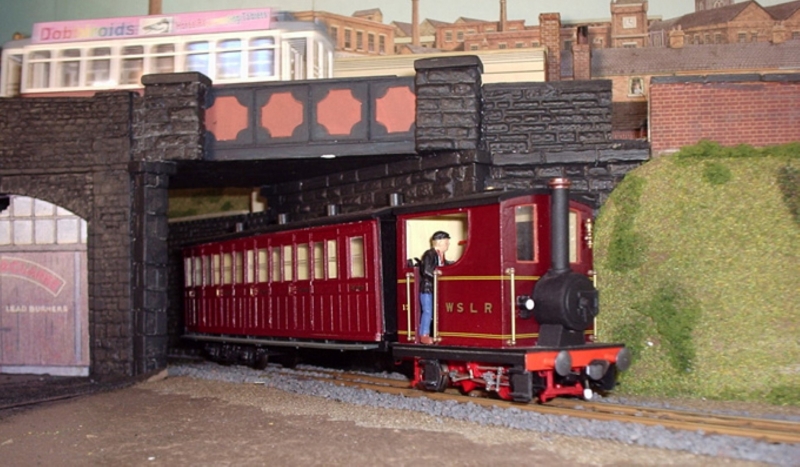 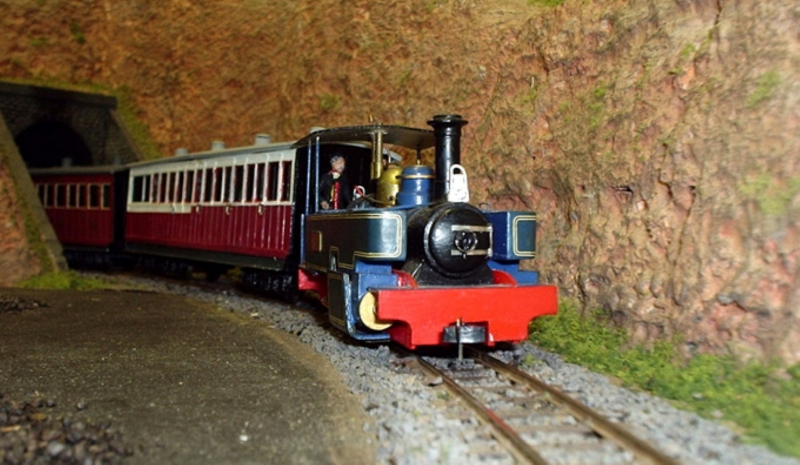 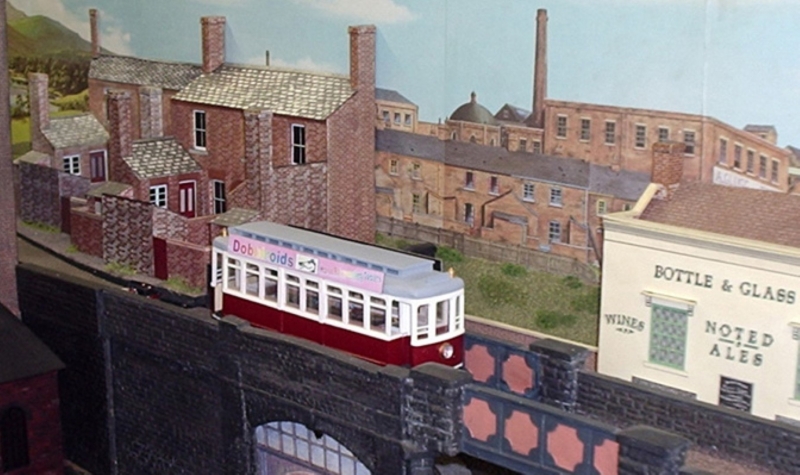 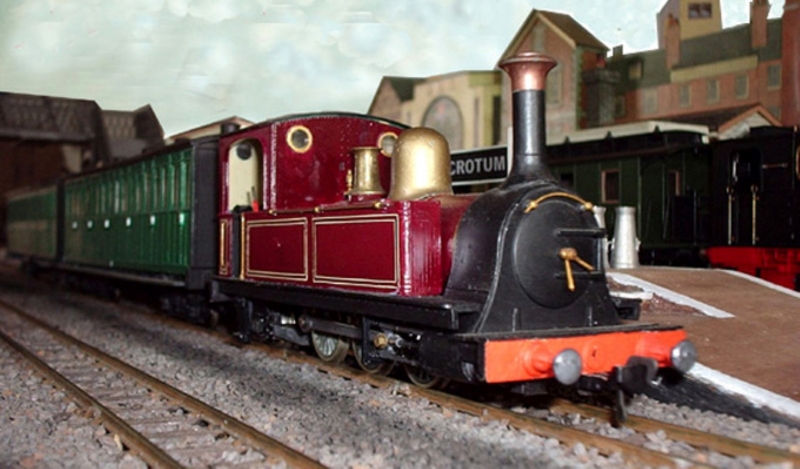 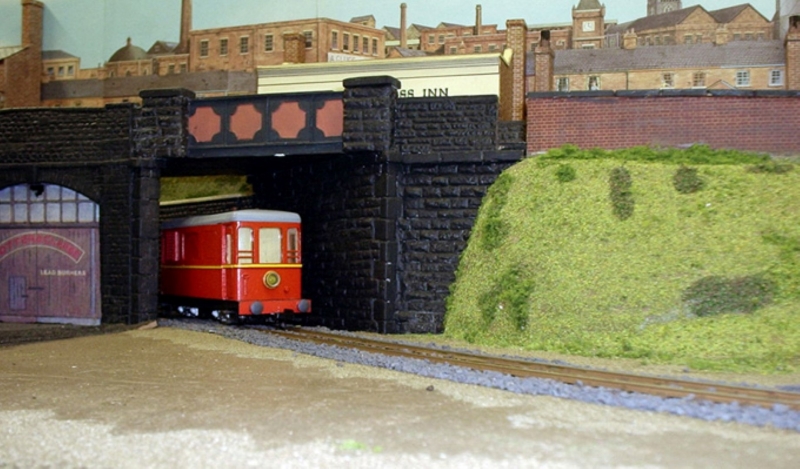 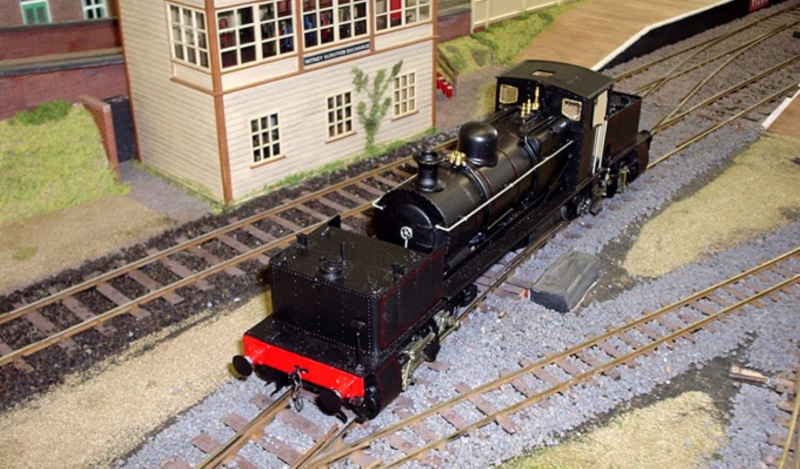 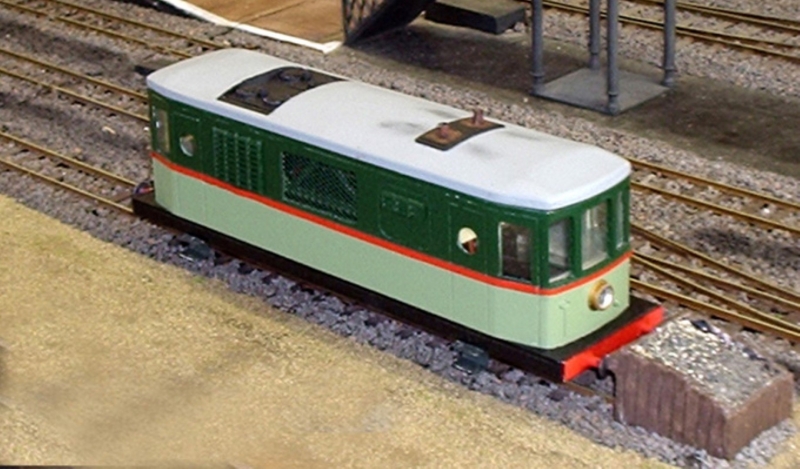 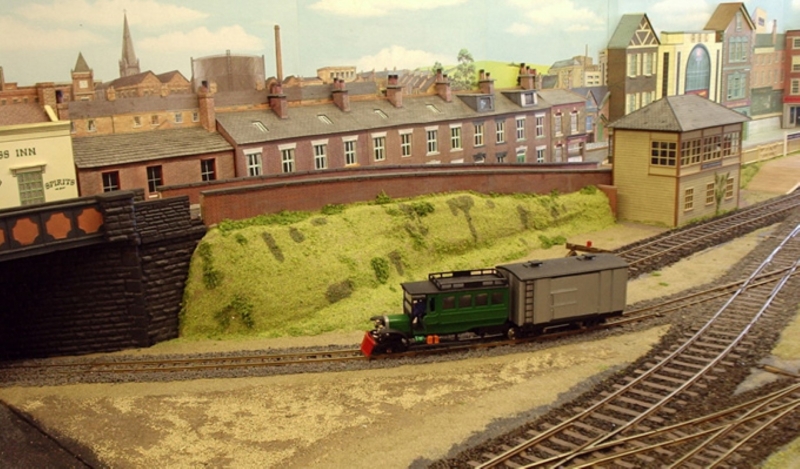