This small layout was built as an experiment in automatic operation. Originally only one controller was used with automatic direction change by means of reed switch operated change over unit along with a variable timer to give a space between trains. The passenger trains ran clockwise and the freight widdershins. The speed difference was determined by a switchable number of diodes in the anticlockwise circuit.

It has been modified recently to include a second controller giving the ability to run any train in either direction.

Scenery is plaster and scatter materials over paper topped corrugated card formers. The river bed is built up using several layers of varnish and the waterfall is PVA glue set over industrial tissue.

The background mountain scene is digitally printed by Photojenics (unfortunately not available at the moment) and mounted on a flexible MDF former. It is deliberately reversed from the original photo so that it represents nowhere in particular.

The station is from a laser cut card kit by Paper Creek Models whose products are sadly no longer available.

This layout has been featured in Continental Modeller 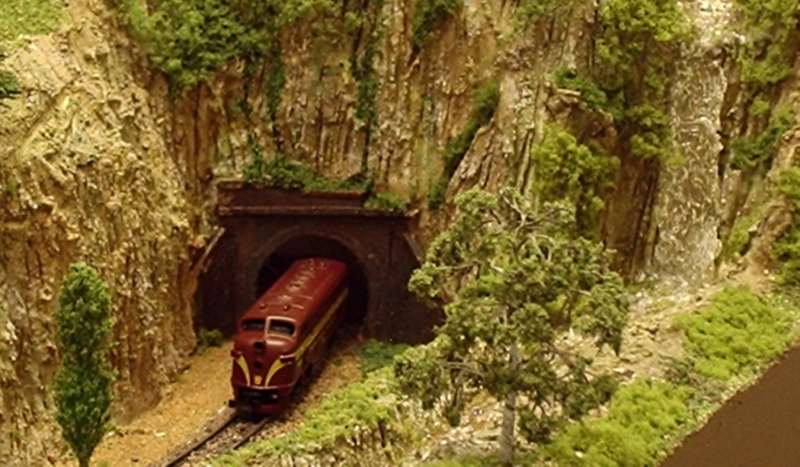 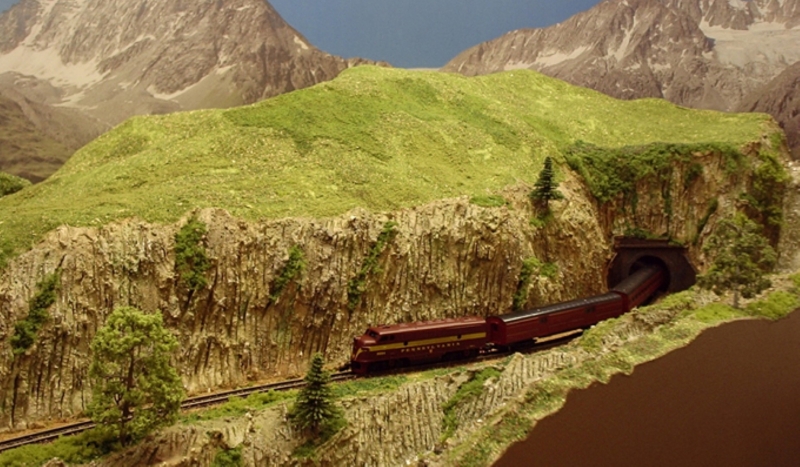 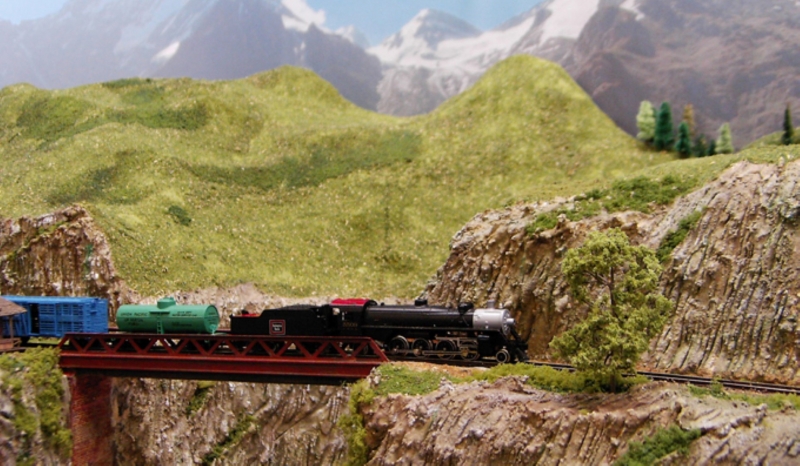 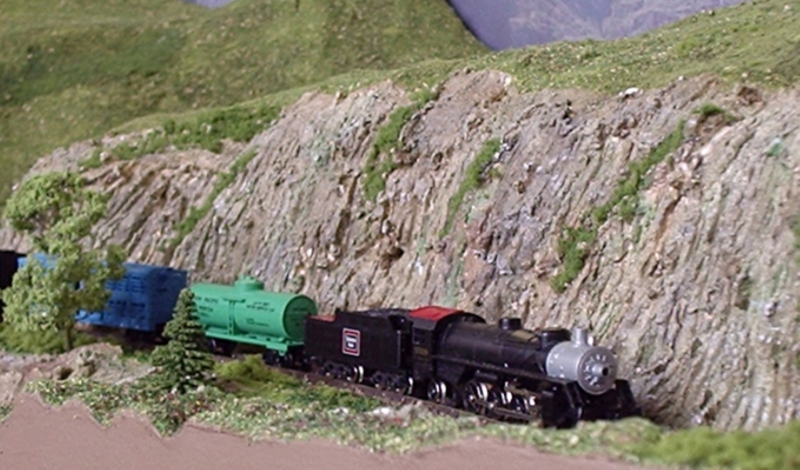 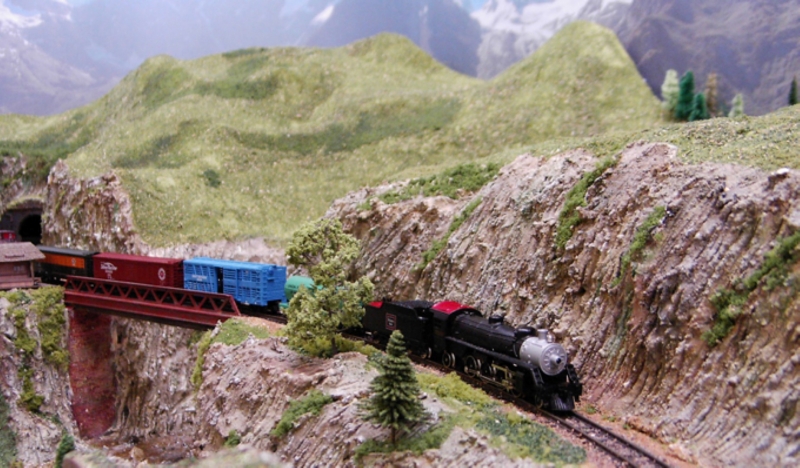 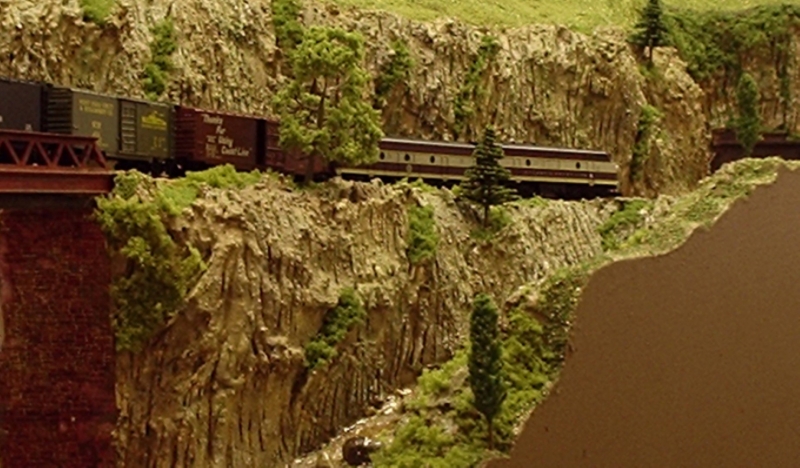 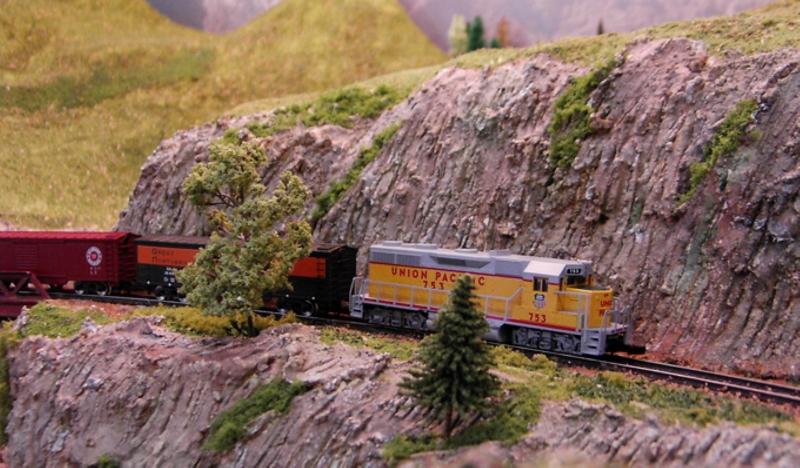 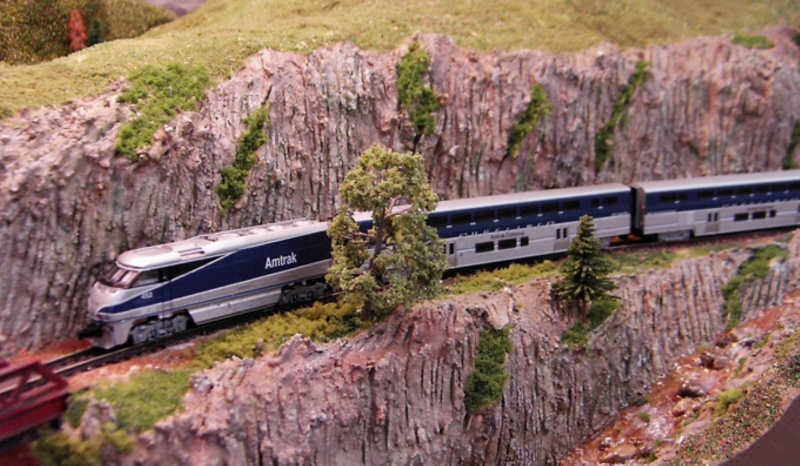