Alderford is a fictional town somewhere in the North West of England served by a terminus station. The time is the mid / late 1980’s.

In this period BR was in the midst of an image change owing the introduction of sectorisation  a few years earlier. This means that trains in various new sector liveries as well as BR Blue may be seen.

The layout has two double track main lines, which converge into a three-line approach to the station. One of the main lines is electrified.

The station has five platforms. Platform 5 at the back of the station doubles up as the parcels platform.

In the centre of the layout, behind the station approach lines, is a loco service and stabling point and an area to turn trip freight trains serving local industries.

The layout is DCC controlled with a number of locos fitted with sound, working multi aspect signalling and overhead wires which pantographs contact but are unpowered.

The back-scenes were painted by fellow club member Bill Taylor. 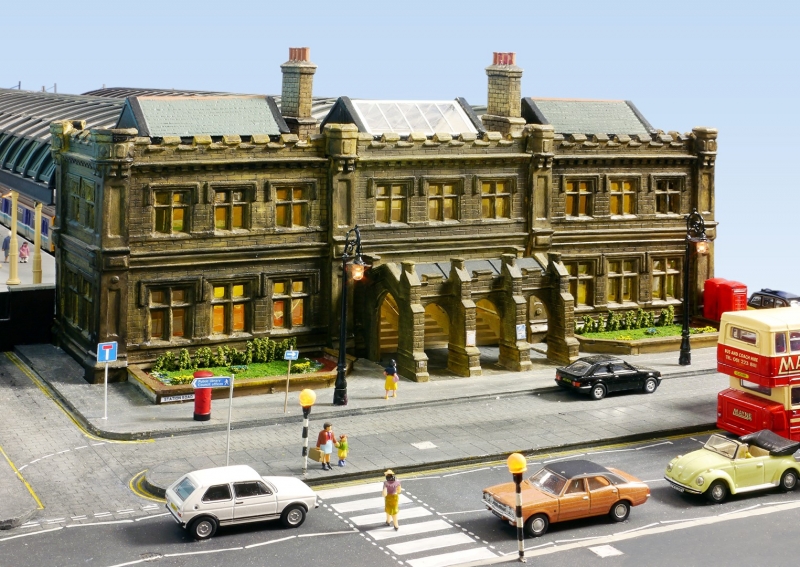 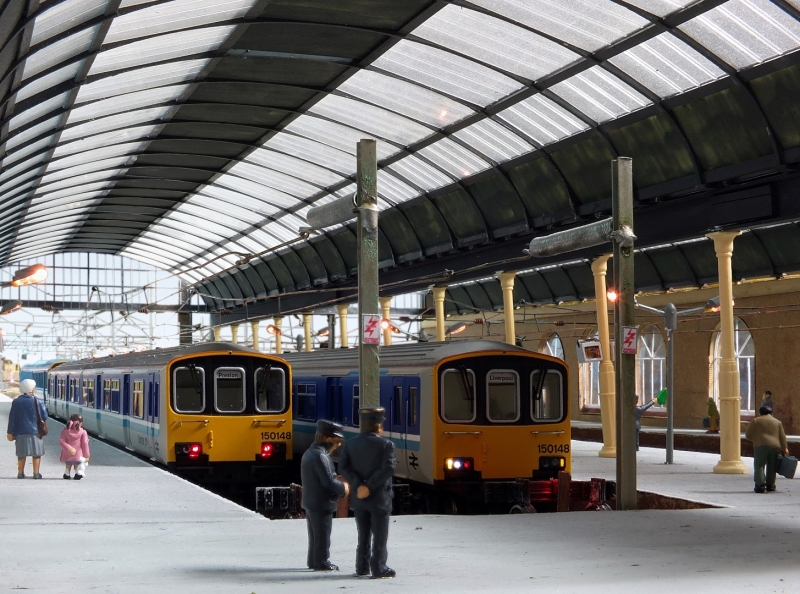 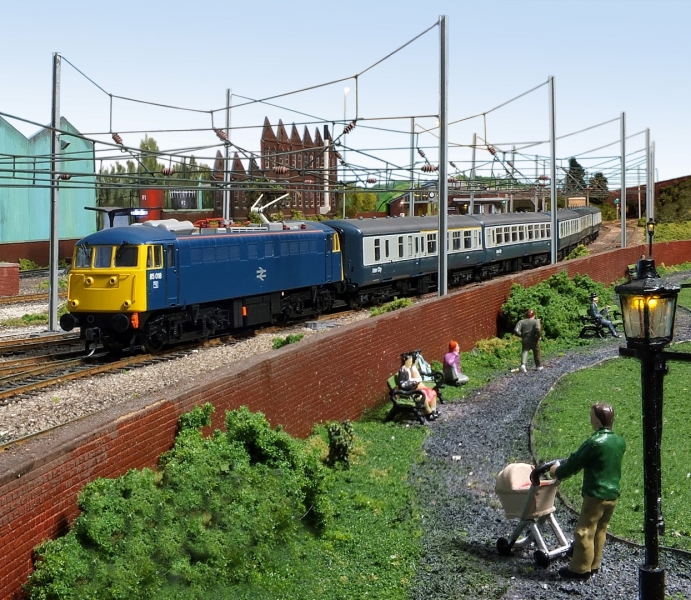 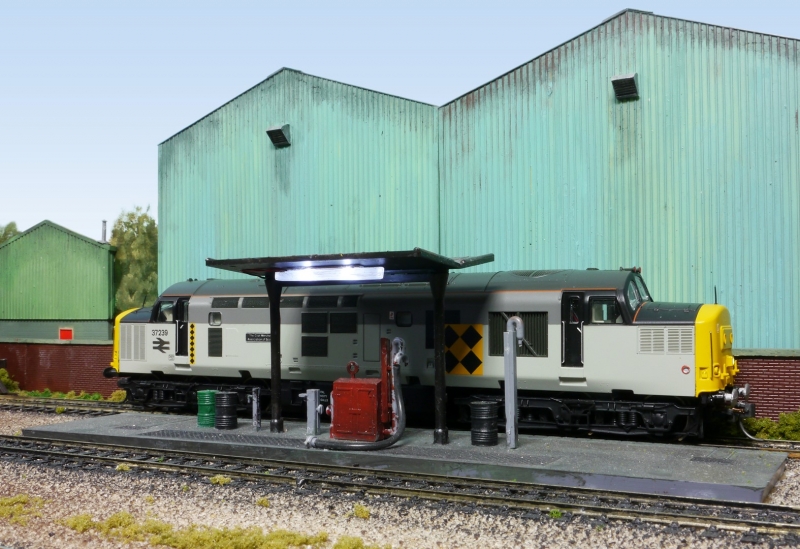 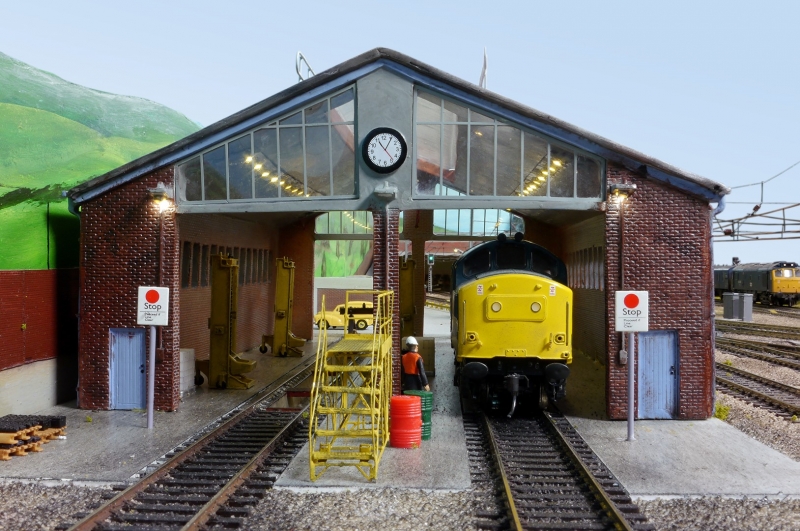 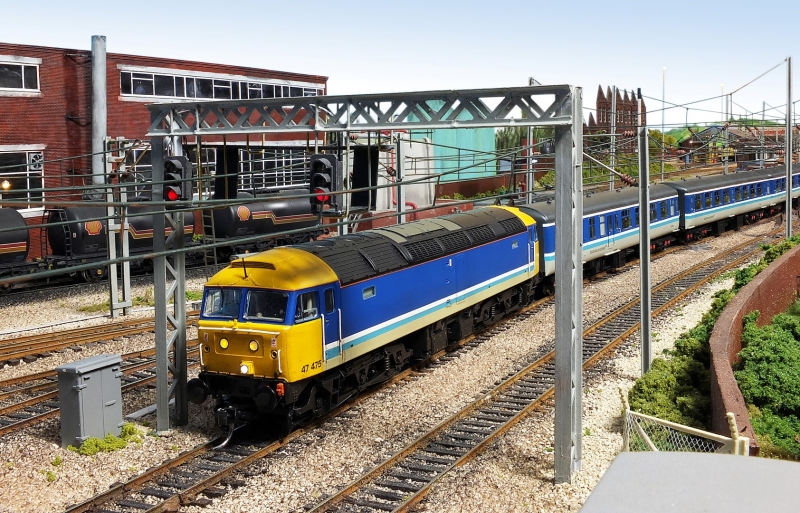 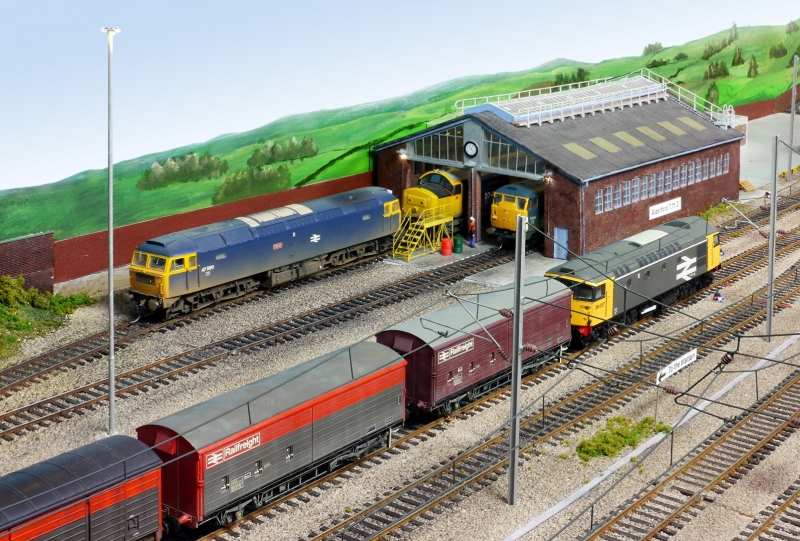 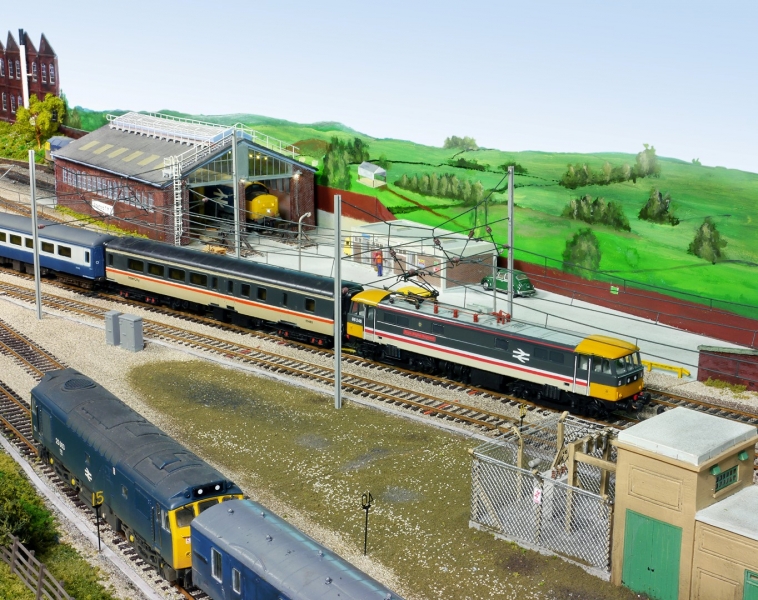 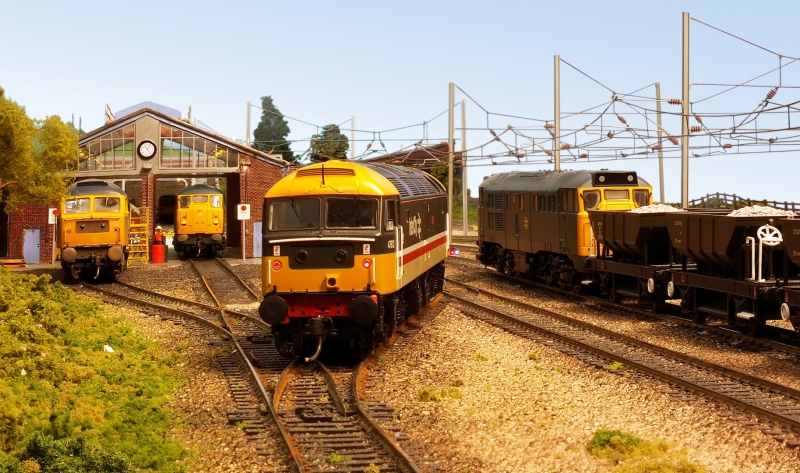 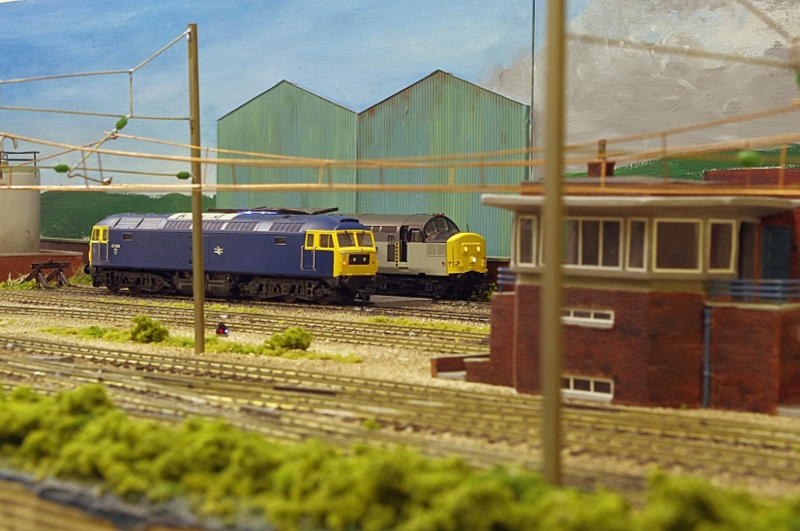 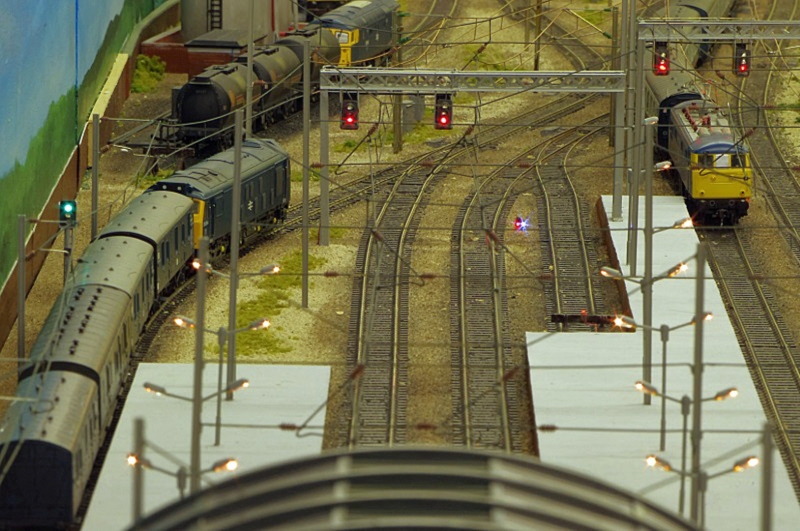 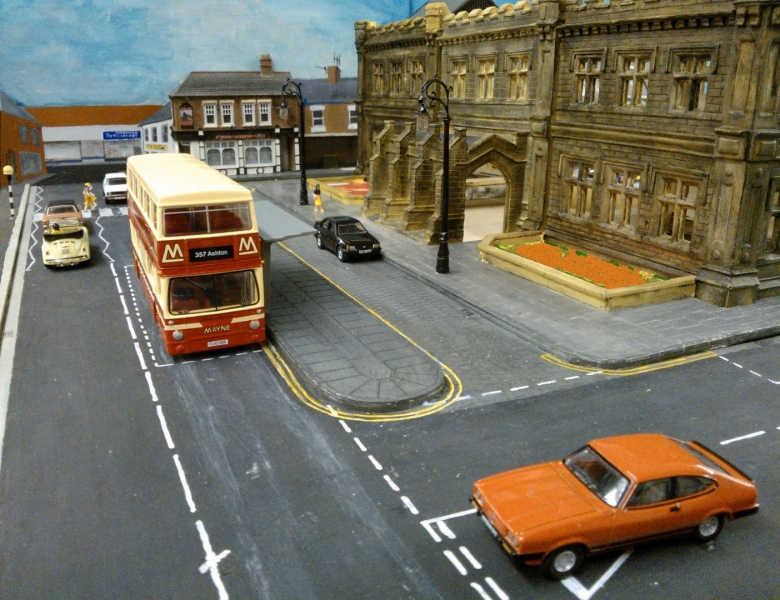 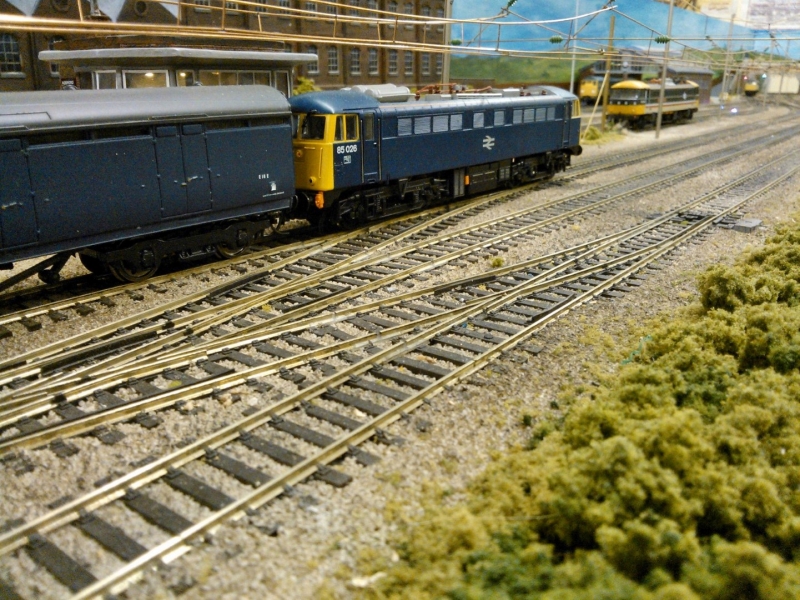 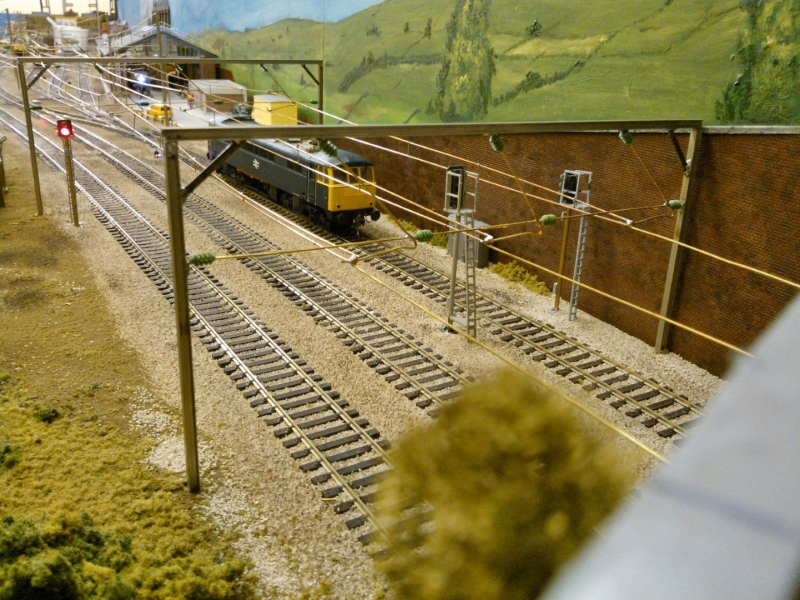